This Will Make You Understand the Importance of an Engaged vs. Disengaged Leader 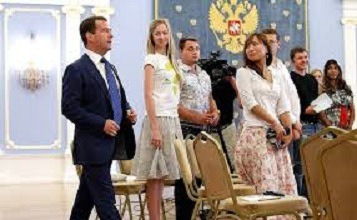 Once Upon a Time – a Story of Two Leaders

Long ago and far away there were two leaders.The Duke, who was charming, dynamic, funny, and charismatic, also happened to be tall, slightly narcissistic and egocentric! In spite of his charisma, was also was sharp of tongue, demanding, authoritarian, highly intelligent and focused only on results.

Our second leader is female, graceful, beautiful and elegant. She cares a great deal about her employees and the community she serves. “The Princess”, as she is known in her circles, captivates a room. She is always eloquent when she speaks and is value driven. She is a CEO with a golden touch.

Both of the leaders have MBA’s from highly accredited universities and they both interned in their family businesses. Each of them had a very different set of experiences which molded them into the leaders they are today.

Each of the leaders worked hard to excel. They immersed themselves into the culture of the family business. Each business had different lessons to teach the respective leader hence a vast differences in the cultures. As a result you will see wildly different approaches and results within each business.

Now both the Princess and the Duke run the respective businesses, furthermore,  Duke Enterprises and Charming LTD are in fierce competition with each other.

Introduction to our Disengaged Leader

Here is where we look deeper into the Duke. On the surface the Duke is a crackerjack! His numbers are good. He sets goals and meets them. As far as the Board is concerned he exemplifies a great leader! One would think, since you are only looking on the surface that he is an engaged leader. To the Contrary my dear reader!

Let’s look behind the curtain. The Duke believes that:

Now it seems like we are seeing the REAL Duke. Consequently the board is in love with this leader, after all he is producing the results they want to see.

One day the head of marketing, Tom, walked into the corporate offices and asked the secretary, “Have you seen the Duke? He missed another marketing meeting for our new product launch this morning!”

The exhausted secretary looked up from her computer screen and stated, “Hi Tom, The Duke has not been here in two weeks! It seems that all I am doing is making excuses and fielding complaints. I’ll happily add yours to the list.”

Now Tom understood why his emails had gone unanswered and his calls had not been returned. This new product launch was vital for the health of Duke Enterprises. Tom felt like he had the weight of the company on his shoulders!

While Tom was contemplating the current chain of events, he was becoming more and more disheartened. Every time he turned around the issues kept piling up all around him. Most of all he was not seeing any signs that these conditions would change anytime soon.

Later that afternoon Warren, Tom’s second in command, walked into Tom’s office and shut the door.

“Tom, we have a disaster on our hands. Do you remember the all-hands-on-deck marketing meeting we had three weeks ago? The one where The Duke walked in during the meeting and took it over? Where he changed our direction by his edict? He did not ask any questions or hear anyone out, He just demanded.  Well, the team is really upset about being redirected, yelled at and dressed down in such a disrespectful manner! As a result they are more vocal about their unhappiness with the situation.”

Tom commented “I thought we had that under control!”

“I thought we did as well, however the opposite seems to be the case.” Warren responded.

“So, what changed?” Tom inquired

“Well, overall a few employees were happy, but most were miserable. Now the employees are working on impossible deadlines and quotas while unreasonable goals and budgets are imposed. The general consensus is if this were so important, why isn’t The Duke here helping us? I believe that is a relevant question.”

Warren took a breath and continued, “Worst of all, communication is nonexistent from corporate. Now there is infighting within the marketing arm because the clear direction we thought we had was blown to smithereens at that meeting! One of the team leads went as far as to send an email to The Duke, after the meeting, suggesting a new tactic.  He received the standard response to any question – “NO!” He even accused The Duke of playing favorites!” With an exasperated sigh, Warren looked to Tom for direction.

Most of all, Tom knew the “What’s in it for me?” culture was stirring the ill will between employees and management. His personal conclusion was he also knew he could not make the necessary changes. With the Board blind to the activities of The Duke, they were not able to see how upset the workers were. Most note worthy here is that HR did not have any more power to change the situation than he did.

Tom felt the situation was impossible! In the last 60 minutes he had come to a conclusion. He looked at Warren and said, “Warren, this is now your opportunity, I am resigning, I’m drafting the letter to the Board today!”.

Warren went back to his office dumbfounded. His only hope to resolve the issues was Tom, and he bailing out. He sat there quietly contemplating as wave after wave of hopelessness crashed over him. Most of all he started believing Tom had the right answer.

Tune in next week (or see the next blog) to learn about how things are going with The Princess. We will offer and in depth look at the Engaged Leader.

Click this link to learn more about the disengaged leader.

PrevPreviousIs Thank You Enough? Relationships are the Key!
NextThis will make you understand the importance of an Engaged Leader – Part 2Next

Visions to Excellence © 2022 – All Rights Reserved