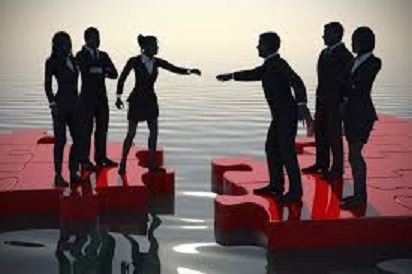 Today is the last episode of the story, clarifying the differences between an Engaged Leader and a Disengaged Leader.

The Link to Part 1

The Link to Part 2

The Link to Part 3

Learn the Fate of Duke

I appreciate you reading this story. Today we will reveal for you the Fate of Duke, Princess and the other characters as they journey into becoming Engaged Leaders.

Part 3 of our story left off at a very critical juncture. First of all, it looks like Tom is taking the job offer to work with Charming Ltd, leaving his job of over 20 years with Duke Enterprises. In addition, the Princess, CEO of Charming, is considering her next step since she believes she has hired the Duke’s pivotal leader away from him.

The Facts – Just the Facts

What you know – the recap:

What you don’t know:

As the merger moves forward the Board at Duke was elated! The purchase went through! Part of this master plan was that the two boards integrated for the next 6 months. The Duke had to work with the Princess’ integration and M&A teams.

Now Princess, the combined board and the M&A team have no delusions. These tasks were going to be difficult for Duke. The tasks are counter intuitive for him. In a corner of her heart Princess secretly hopes that with the incentive of the sale and the relief of the pressure, there might be a miraculous result where the Engaged Leader would emerge.

In truth, the Duke struggled with his tasks. He was frustrated, he had to listen and be attentive. Slowly the differences between the two companies started to emerge. In Duke’s discovery process he learned:

Duke became concerned, he thought “I am really trying to understand how to do this, but I am missing some key components.”

There were two Integration leaders. Each of the leaders were assigned to one group. Duke asked to speak to both leaders and Princess together.  Gary is the Leader who is assigned to Duke’s team and Amanda is assigned to the Charming Team.

Both Gary and Amanda walk into the conference room and take a seat on either side of Duke. The Princess walks in a moment later.

Gary started, “Duke, both Amanda and I wanted to speak to you and Princess. Thank you for calling the meeting Duke, you beat me to it!”  Gary continued, “Duke, since you called the meeting it’s only fair that you start.”

“Thank you Gary. I wanted to get in front of this thing. I am having a great deal of difficulty in the interview process.” Duke said. Duke then shared the four insights he had learned from the interview process along with the comment, “I am not sure how to take this or what to do with it.”

“May I?” Princess asked and continued, “The whole integration process is vital to the success of the new company. I entered this process knowing there was much to be learned and that I would not like many of the things that are being brought to light.”

“Not one of these things evokes pride.”

“Duke, from what I am looking at, your list is an indicator of what we as a team can improve upon,” she finished.

Gary sighed, “This is exactly what Amanda and I wanted to talk to you both about. If we can all leave our egos at the door this is an incredible opportunity to learn and grow as an organization, a team and a culture. If we spend our time looking back, we will miss the transformation that is happening before our eyes.”

Amanda nodded and added, “Don’t caught up in self-recriminations during this process  it is counter-productive. I have a question, Duke, what makes this process so difficult?”

Duke sat with his head down and his shoulders slumped. Looking up when Amanda addressed him, “I am afraid that is just what I have been doing. I have been caught up in the counter-productive cycle, and what’s depressing is, I don’t know how to fix it”.

Gary then said “Duke, Princess, there are both positives and negatives about both companies. Amanda and I have been working on understanding all the benefits as well as the not so pleasant aspects of each company.”

“Duke, your team needs to be heard, appreciated, and make meaningful contributions,”

“The good news is: ALL OF THIS CAN BE FIXED! And the bad news is: IT WILL TAKE A LITTLE TIME!  Since we know the good and bad news, we can move onto relevant business. As a result, the solutions we are proposing are as follows:

“As leaders will need to be fully engaged in the process.  The job Amanda and I hold is crucial to your success.” Gary concluded.

Duke gave a great sigh of relief. “I was so very worried.  I was not sure I could really pull this off. Now, with your help, I feel that I can learn what I need to move forward.”

Princess responded, “We both have a lot to learn, and we need to be able to lean on and learn from each other to be successful in this endeavor.  Duke, after the 6 months is over and the final payout has been made,  you are free to choose your next step. But before that can happen we need to form bonds and build bridges so that Charming Duke Enterprises. is an overnight sensation.”

Over the next 6 months Gary, Amanda, Duke and Princess became a tight knit team. Gary and Amanda were completing their commitment to Charming Duke Enterprises and allowing Princess and Duke to shift the team bonds.

By the end of the 6 month take over, Princess has incorporated metrics and measurement systems into the company seamlessly. As a result she now feels she had more control while not needing to exert edicts.

Meanwhile, Duke is having candid conversations with team members and stakeholders alike. The change in his demeanor is visible. He is now a team player with great communication skills. He and Gary worked very closely on improving his ability to relate and be with others. 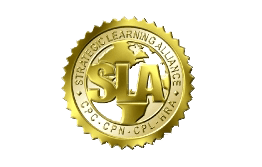 Visions to Excellence © 2022 – All Rights Reserved